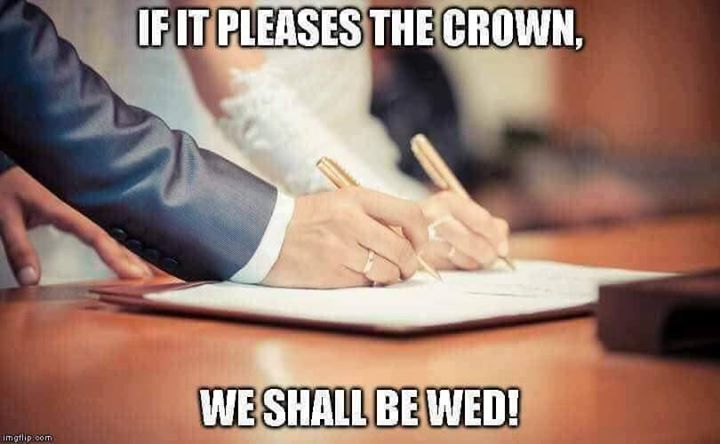 Is anybody’s marriage better because government at any level is involved? My marriage is between me & Pam & most importantly, God. Government has no legitimate role in the institution. It’s a religious covenant or a civil contract or both. Covenants should be outside the reach of governments. Contracts may be enforceable in government courts but government is not a party to to the contract.

The damage done to our society by government’s intervention with “no fault divorce” and with increased transfers of wealth to those who are not married are just two examples of disastrous government policy.