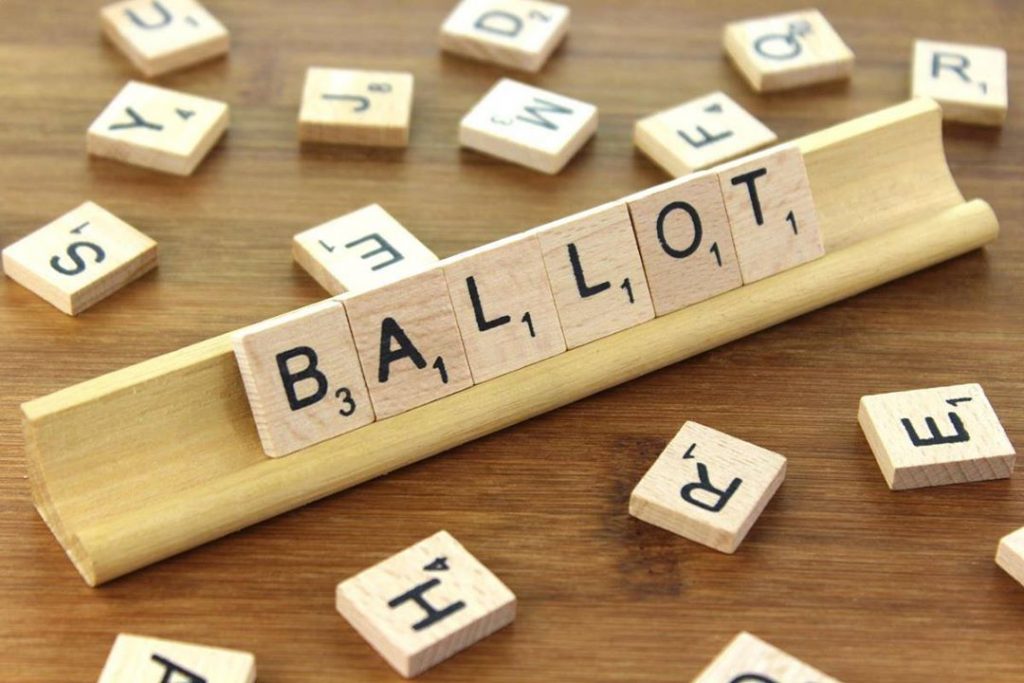 Most elections in these United States are for one person to fill one office. The winner may be the person who gets the most votes even if not a majority or a majority may be required in which case the top two vote getters generally compete in a runoff election at a later date.
This is not the best way to elect our representation. There are many other options. The links below explain some of the concepts. Instant Runoff Voting is my favorite. It is logical but not as intuitive as the simpler but less fair systems we are familiar with. Here’s an explanation by way of example:

Ten Candidates are running for Mayor:
Donna Donaldson – Democrat, Donald Dickson – Democrat, Randy Rudolph – Republican, Rebba Rod – Republican, Larry Lacy – Libertarian, Gary Gunderson – Green Party, Corey Conner – Constitution, Igor Ingel – Independent, Inez Iverson – Independent and Ike Ikerson – Independent.
Option A: A Democratic Primary (or Caucus), followed by a General Election, then a runoff election if there is no majority. This could lead to someone being elected who could not win a one on one race against any of the other candidates. This could lead to someone being elected who was nobody’s first choice but was elected to avoid the possibility of someone even worse being elected. Voters may intentionally game the system by voting for the weaker candidate in the Primary or Caucus if they would like to see one of the others elected. Voters in some states (such as Georgia) can vote in any primary they like.

Option B: One election with Instant Runoff Voting. Each voter gets one ballot with all nine names. The voter then ranks all the candidates from their top favorite to their least favorite. The paper ballots (kept in the event of an audit being necessary) are fed into an optical reader and the computer tallies thusly: Everyone’s top choice is tallied. If one candidate exceeds 50% that candidate is declared the winner. If nobody gets 50% the candidate who got the very least number of votes is eliminated from everyone’s prioritized list of candidates. Then the computer tallies the remaining choices. This continues until a candidate exceeds 50% of the votes. Every person’s vote counts. If a voter’s first choice looses (quite fairly by being the lowest vote getter) then that voter’s second choice is given full power to represent the desire of that voter. And so on.
The big advantages of Option B – Instant Runoff Voting:
Parties are less important.
There is no incentive to vote for the lesser of evils amongst those perceived to be viable.
Minor parties can grow to challenge the current corrupt two party duopoly.
Independents can actually have a chance to introduce new ideas.
Variety is encouraged. Debates will expose ideological alternatives to the duopoly.
Instant-runoff voting (IRV) is also know as Alternative Voting (AV), Transferable Vote, Ranked-Choice Voting (RCV) and Preferential Voting.
The Alternative Vote Explained:
https://www.youtube.com/watch?v=3Y3jE3B8HsE
Ranked Choice Voting vs The Corrupt Establishment:
https://www.youtube.com/watch?v=q6pC5IJirrY
Mixed-Member Proportional Representation Explained
https://www.youtube.com/watch?v=QT0I-sdoSXU
First Past the Post Voting — Highest vote count wins — Plurality — No Majority Required
https://www.youtube.com/watch?v=s7tWHJfhiyo&list=PL7679C7ACE93A5638